Benefits of a Cold Shower for Diabetics 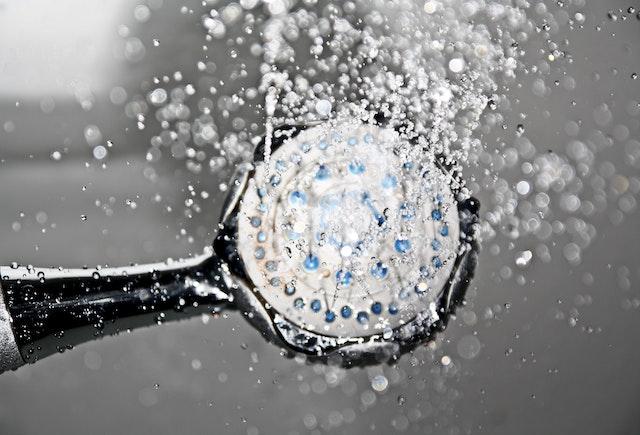 Benefits of a Cold Shower for Diabetics – A great majority of people usually crave and enjoy hot showers in the waking hours of the morning. In fact, the feeling of the warm water on your skin is usually nothing short of magical.

As such, many folks do crank up the handle all the way up just to experience that warm caressing and massage-like feeling after a long night’s sleep.

Nonetheless, did you know that cold showers are just as important and as such should often be in your daily shower routine? More so for those with diabetes.

Many individuals often dread cold showers, especially in the mornings. However, have you ever realized that after taking one, you often feel quite different? If you have not, then you should give it a try as you might quite like the feeling afterward.

Experts indicate that you should often give cold showers a fair chance in your routine even if you do not like them. This is because, just like hot showers, they are also often associated with a number of health benefits.

Benefits of taking a cold shower

Cold showers are great and as such, some of the proven health benefits associated include:

Cold showers have been associated with reducing the urge to scratch itchy skin. As such, even those with skin conditions that itch may overcome the desire to scratch the associated skin surfaces after taking a cold shower.

Waking up an individual

This is essentially increasing the overall alertness of an individual after a long night’s sleep. The cold shower sprays shock the body and associated organs thereby improving body activity through increased;

This is among the top reasons cold showers are widely recommended. As the cold water contacts your skin, surface blood vessels are often constricted, and as such surface circulation is immensely reduced.

This results in faster blood circulation within the deeper vessels in the body tissues in order to counteract the cold and maintain an ideal body temperature.

Cold water often has regenerative abilities. As such, after a vigorous and engaging activity like an intense workout session, the cold shower would initiate muscle relaxation and eventual repair.

This is another scientifically proven fact given that some fat cells such as the brown fat cells can often generate body heat by burning body fat. Nonetheless, the initiation of the entire process often depends on exposing the body to cold conditions like taking a cold shower.

Based on several accounts of anecdotal evidence collected over the years, cold showers have often been associated with several positive implications with regard to skin glow and healthy hair.

The cons of taking a cold shower

Despite the numerous benefits, cold showers also often present with some disadvantages, especially in selective scenarios. For instance;

This is because exposing your body to even colder water will not help warm you up as this will only make you even colder increasing the time your body takes to warm back up.

The cold water may create an even colder environment which might be too hard on your immune system further compromising your health. As such, it is only best to ease into the cooler temperatures rather than dive into a cold one.

With all the benefits of cold showers, it then begs the question of why many people like hot showers. That’s simple, many people do so to ease the stress of the day.

A hot shower will help you relax and fall asleep better at night.

It achieves this by activating our parasympathetic nervous system which subsequently initiates the feeling of tiredness which then makes us relax and fall asleep.

Other benefits of a hot shower include:

Hot showers often create a warm environment which then prompts the formation of steam within the bathroom. Steam has long been used as a natural remedy for reducing cold and respiratory-associated complications.

As such, the heat from the hot water and formed steam helps to:

Hot water contacting the skin often facilitates the opening up of skin pores which subsequently allows your body to get rid of trapped dirt and excess oil causing blemishes thus rendering your skin smooth and with little to no blemishes.

Finally, hot showers have also been found to help in the relief of body tension thus helping in the soothing of muscle fatigue.

The cons of a hot shower

Hot showers often do have some downsides too. However, these can often be avoided by appropriately regulating the shower water temperature and maybe taking care of your skin after a hot shower. Some of these cons include;

Drying out and irritating the skin

Hot water can often cause damage to the keratin cells on the outermost surface of the skin, the epidermis. This essentially diminishes the cells’ ability to lock in moisture thus creating dry skin.

Since the hot water may result in dry skin, certain skin conditions like eczema may often take a turn for the worse complicating an individual’s health.

The heat from the hot shower water may often facilitate the release of histamine to the skin by mast cells resulting in initiation and continued itching and probable scratching on the skin.

Individuals with these underlying health conditions may often increase their severity by taking too hot showers.

Which is better? Cold or Hot Showers?

Both shower options present with significant benefits and as such, opting for a single option might mean missing out on the other’s health benefits to your body. As such, an age-old technique is often recommended to ensure you get maximum health benefits from both options if possible.

This technique entails getting the water as cold as possible and then standing in it for about a minute.

After the minute is over, you change the water temperature to as hot as your body can handle and then again stand in it for an additional one minute.

Subsequently, alternate between one minute each of cold and hot water for about three to five cycles for optimal benefits.

The cold water constricts surface blood vessels directing all the blood to the middle of the body.

Subsequently, the hot water expands the surface blood vessels allowing the blood to come rushing out again to the surface. This essentially facilitates the pumping of blood completely through the muscles, organs, and tissues of the entire body.

The contrast shower technique thus aids in rapid regeneration and detoxification of an individual’s body.

Despite the fear of taking cold showers, it is usually ideal to ease into the habit, slowly. You should thus start by slightly lowering the water temperature at the end of your usual shower. Make the water just cold enough that you start to feel slight discomfort and stay underneath for two to three minutes.

The next time you shower, ensure the water is slightly colder than the last time, and also try lasting underneath for an additional minute or two.

To decrease the discomfort in your mind, try deep breathing exercises when showering. After a couple of tries, let’s say seven to ten times, you might even start enjoying the cold showers and eventually turn down hot water completely.

Why is a cold shower good for you?

A number of studies have associated cold icy showers with a heightened immune system and increased resistance to illnesses.

An example is a study in the Netherlands that concluded that cold showers reduced the number of workers calling off work for sickness by 29% and another one also connected cold showers to increased cancer survival.

Is it good to take a cold shower every day?

Taking cold showers every day has been associated with a number of benefits such as increased efficiency in the circulatory system, and better-looking skin among others. As such, it is recommended if possible.

When is the best time to have a cold shower?

The best and most recommended time is usually in the morning as it will kick-start your overall systems getting you ready for the day’s engagements. Although it might be difficult, you can often start with your limbs, submerging one at a time to ease into the coldness.

How long should a cold shower last?

This often depends entirely on an individual. Most people often prefer starting with a warm shower and then switching near the end for a brief moment of 30 seconds to about 2 minutes. Nevertheless, some also just prefer a purely brief shower of 5 to 10 minutes or as long as you need.

Yes, but the process is not going to be any faster to elicit significant changes. As such, you should focus on other fat-burning techniques like intense exercise.

Similarly, adopting cold showers to the extreme like taking a 10-minute ice bath may elicit some benefits but not significant as this may often come with complications like impaired muscle growth and strength gains.

Definitely no. if anything, they are tremendously good for you as they have proven to elicit tremendous benefits such as improved mood, burning of fat, and increased immunity among others.

How do you shower with neuropathy?

If your nerves are dulled, telling whether the water in your shower is the right temperature or even scalding hot may be difficult.

As such, you may need to often test with your elbow, install a bath thermometer or even acquire a temperature-controlled faucet to help gauge the water temperature for safe showering.

Should you put your head under a cold shower?

While the cold water rushing on your head might be beneficial waking your brain faster and initiating all the little energy systems in the body, I would recommend taking it easy and may be doing so only in intervals of short periods or when needed. This is because it is important not to lose heat in your head as this might prompt negative implications.

Are cold showers at night good?

Despite the overwhelming recommendation for cold showers as morning activities to help with refreshment and energy boost for the rest of the day’s engagements, they also help in the night as they tend to increase an individual’s endorphins which are the feel-good hormones.

Can you sleep after a cold shower?

Yes, the cool water usually aids in tricking your whole system into sleep mode. This is because, when you sleep, your body temperature lowers and by taking a cold shower before bed, you will essentially be initiating the temperature-lowering process thus showing the body it is near bedtime.

Why should you avoid hot showers?

Hot showers are often associated with several downsides if not taken accordingly. For instance, they can inflame the skin causing redness, itching, and even peeling mimicking the side effects of a sunburn.

Furthermore, they can disrupt the skin’s natural moisture balance and retention by depriving it of the natural oils, fats, and proteins that keep it healthy and glowing.

previous post Can Apple Cider Vinegar Lower Blood Sugar Immediately?
next post Benefits for Vitamin B12 for Diabetics
Back to top
mobile desktop